Celebrated on the Scorpio Full Moon and Taurus Sun

The Scorpio Full Moon during the cycle of Taurus Sun brings the celebration of Wesak, or celebration of the Buddha's birth, enlightenment and death. This is a time of the Christ gathering the entire Spiritual Hierarchy for meditation and invocation of the spiritual forces of the heavens to bless and heal humanity.

Many will gather, meditation, and do their best to remember their dreams to discover an incredible inner level celebration on the etheric planes with ascended masters, christed beings, the Buddha and Christ, and many of us who consider ourselves Lightworkers.This inner level party is held in the astral planes as well as in the Wesak Valley of the Himalayas. The Christ and Buddha conduct this ceremony together, expressing the Wisdom of God, and the embodiment of light and divine purpose. These energies assist in bringing revelation and potential for healing mind, body and spirit. Meditation, chanting, ceremony, yoga, rhythmic music and dance assist in connecting to these higher energetics and receiving their blessings.

The Full Moon of the Buddha

As provided by Lucas Trust and the teachings of Alice Bailey

The day of the Festival is to be known as the "day of safeguarding" whilst the two succeeding days are called the "days of distribution." These words mean something different to the Hierarchy of Masters than they do to us and it is fruitless (as well as forbidden) to elucidate them in their deepest meaning. They mean, however, five days of a most intensive effort in service, leading to the renunciation of all which could hinder our usefulness as channels of spiritual force. It means that after due preparation, dedication and upward striving for the first two days, on the day of the Festival itself we simply regard ourselves as the recipients of, or the custodians of, as much of that inflowing spiritual force as we can possibly hold. As channels, we must be prepared to forget ourselves in the service of touching, containing and holding force for the rest of humanity. We must regard the Festival itself as a day of silence (I refer to an inner peace and silent solemnity that can be preserved unbroken though the individual may be serving through speech and spoken interest), a day of service carried forward entirely on esoteric levels, and of complete self-forgetfulness in the remembrance of humanity and its need. During that period, two thoughts only will hold our constant attention-the need of humanity and the necessity of providing a group channel whereby the spiritual forces can be poured through the body of humanity under the expert guidance of the chosen members of the Hierarchy.

For two days prior to the full moon, we will hold the attitude of dedication and service and seek to assume that attitude of receptivity to that which our soul will impart which will make us of use to the Hierarchy. The Hierarchy works through groups of souls, and the potency of this group work is to be tested out. These groups in their turn contact and feed the waiting dedicated attentive personalities. On the day of the full moon, we attempt to hold ourselves steadily in the light. We will not formulate to ourselves what will happen nor will we look for results or for tangible effects.

On the two succeeding days, the focus of our attention will be steadily turned away from ourselves but also from the inner subjective planes to the outer world, and our efforts will be to pass on, or to pass through, that measure of spiritual energy that may have been contacted. Our work then in this particular and peculiar field of cooperation will then be ended.

This effort of the Hierarchy is a five days' effort, preceded by a most intensive period of preparation. The work of getting ready for the opportunity starts for the Hierarchy exactly at the hour when "the sun began to move northward." But They tire not as do human beings and it is not possible for the human aspirant to keep up so long a period of preparation, no matter how deep his devotion.

When the Great Lord was on Earth, He told His disciples that successful spiritual effort of a healing nature went not forth except by prayer and fasting. Will you ponder on these words? This is a group effort towards a vast group healing and by prayer (sanctified desire, illumined thought and intense aspirational longing) and by the discipline of the physical body for a short period and for a definite objective, the work can be done.
What is it that should be accomplished at each momentous full moon in May? I shall state the objective sequentially and in the order of their importance, and with as much clarity and brevity as this abstruse subject permits.

May I now make an inquiry? Of what importance is this full moon of May to you personally? Does it seem to you of sufficient importance to warrant your utmost effort? Do you really believe that on that day there can truly come a release of spiritual energy of sufficient potency to change world affairs, provided that humanity plays its part? Do you really believe, and can you stand practically to that belief, that the Buddha on that date, in cooperation with the Christ, and with the Hierarchy of Illumined Minds, plus the proffered aid of some of the Thrones, Principalities and Powers of Light, Who are the higher correspondence of the powers of darkness, stand waiting to carry out God's Plans, when given the right and the permission of men? Your major job at this time is not to wrestle with the powers of evil and the forces of darkness, but to awaken an interest in and mobilise the forces of light in the world today. Resist not evil, but so organise and mobilise the good, and so strengthen the hands of the workers on the side of righteousness and love that evil will find less opportunity.

If you have faith as a grain of mustard seed in what I have told you, if you have staunch belief in the work of the spirit of God and in the divinity of humanity, then forget yourselves and consecrate your every effort, from the time you receive this communication, to the task of cooperation in the organised effort to change the current of world affairs by an increase in the spirit of love and goodwill in the world during the month of May. ( Esoteric Psychology, Vol. II pp. 687-692) 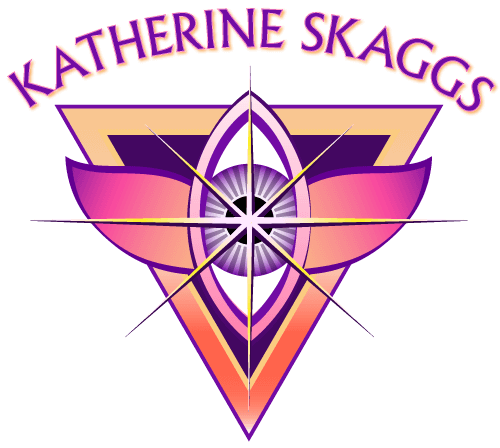